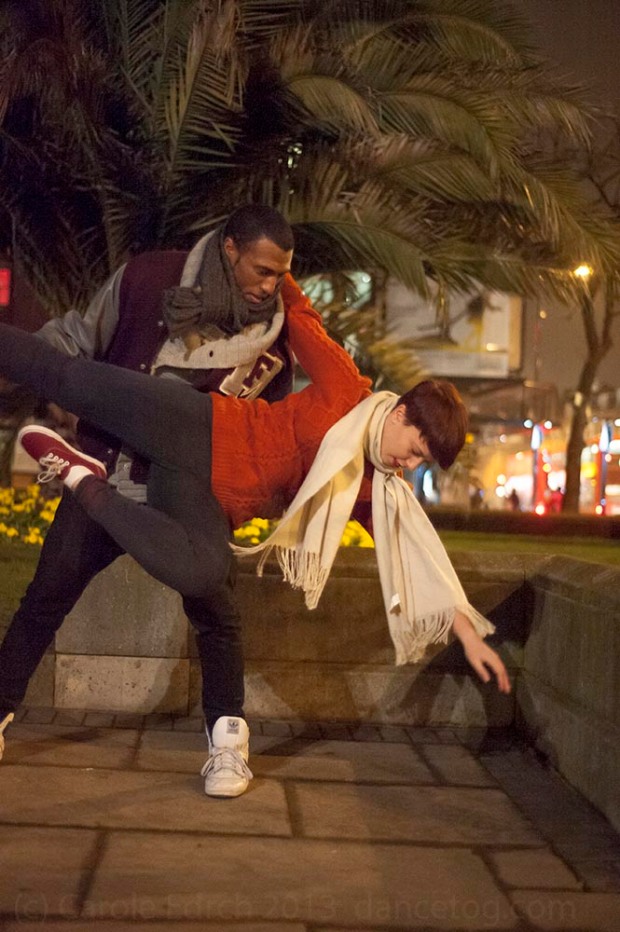 Hackney Live, online contributors to the choreography work on their moves outside the Hackney Odeon Cafe, (c) Carole Edrich 2013

The night before last I went to the first of what will hopefully – eventually – become the first of a series of online dance events in which people all over Hackney were invited to contribute short moves or mini-routines via twitter for Tony Adigun and members of Avant Garde Youth to incorporate into a choreography. The press blub says that it’s an ‘opportunity for people to find out more about London’s dance industry, see the latest dance craze, featuring some well-known faces from the stage and screen’ and that online audiences would ‘find out about the exciting dance scene in London,’ were ‘encouraged to debate with the artists and learn how the professionals made this into a successful career’ and how to ‘be part of the largest growing creative industry in London’ as well as what I wanted to record – the opportunity to see the very first online live choreographic development using twitter.

The cafe gets packed out during the Hackney Live event, (c) Carole Edrich 2013

#Hackneylive is a great idea, as is their collaboration with East London Dance. Even in the cold – and believe me it was – you could see its success as people slowly accreted in the cafe and were on their mobile phones (presumably communicating with the broadcasting team) throughout, although some seemed most keen to watch what was happening through the windows, from outside. By the time I left at 8pm the cafe was packed and our online hosts had more tweets and vines than they were able to review (the parking enforcers in the area are evil and had I stayed longer than the predicted end-time in the press release my car would have incurred a fine at best or been towed away at worst). The people around me loved the jokes, laughed at host Ricky Norwoods’s antics, and generally watched the whole thing. 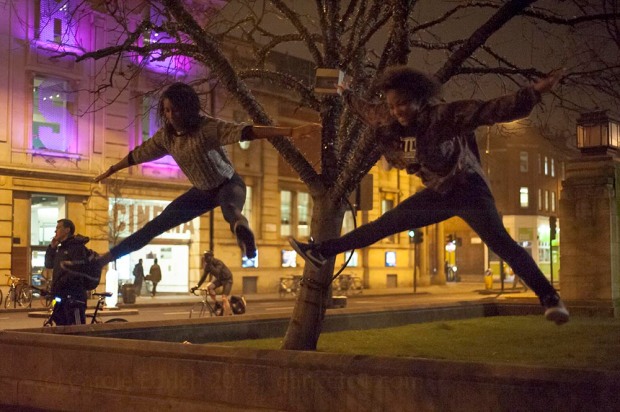 There’s no doubt that the event caught the attention of everyone around, but to really achieve its objectives it should be repeated several times. Let’s hope they do that and soon, or the momentum will be lost.

The youngest participant at the Odeon Cafe: he was spellbound, (c) Carole Edrich 2013

Meanwhile, the spicy tea and flapjack- style snacks in the Odeon Cafe are delicious, so if you’re in the area go try them!