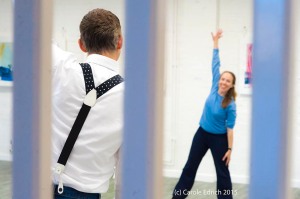 A LinkedIn connection recently sent a round-robin asking if people would endorse him in certain particular areas. I thought ‘why not?’ and participated to see what would happen (very little, it turned out). The discussions that ensued made me realise that I should have been paying more attention to LinkedIn endorsements and had been wrong to dismiss them as valueless.

CD [management consulting]: “Because there have been many articles on LinkedIn relating to false endorsements people don’t take them seriously enough”

When first introduced, I thought that endorsements were genuine recommendations  but over time people I had never met started endorsing me for skills that I possessed but about which they couldn’t possibly know.

LX [finance & IT]: “My own feelings as LinkedIn usage was growing were ‘I was just endorsed for -what-? wtf?’

Since endorsements were so easy to obtain I decided I need not be so stingy with those I awarded. On the rare occassions I had time, If I thought contacts competent I’d endorse them for things I knew they did, whether I had direct experience of those skills or not. Sticking to those I knew online or in real life, I endorsed travel writers for journalism, photographers for portraiture, bankers for their speciality and PR contacts for their skills too (although the variable quality of copy from PRs never fails to amaze me so I was careful about copywriting endorsements). If a conversation with a friend showed he had insight into his work and I was prompted when I had time, I’d endorse the friend for that. Was this fair? What about my friends who did serious research in DNA, cancer, colloidal biochemistry and antarctic geology? They must have been at the top of their game to get research positions but I didn’t know what terms encapsulated those skills. Shouldn’t I have endorsed them too? 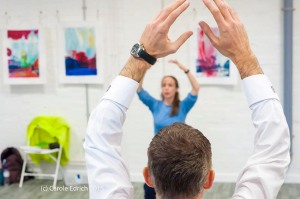 Patterns and Impact of Endorsement Inflation

Connections started endorsing me for all kinds of skills not core to my work. At first I worried. Did it devalue my LinkedIn profile? Why wasn’t I getting endorsed for skills in which I know I excelled? I realised that people were simply reacting to whatever subject areas LinkedIn put in front of them which had little – if any – bearing on my true strengths and weaknesses.

RT [author]; “I keep getting endorsements from an author I have never met, worked with, or even heard of, for skills I don’t think I have. It’s like lying on my CV by proxy. I feel a bit guilty about it.”

KT [journalist]; “Quite often friends endorse me and I usually forget to endorse them back and feel guilty. But I tend to think you should only endorse people if you genuinely have experience of their work.

As time progressed (and presumably LinkedIn changed the endorsement algorithms) I found other patterns. LinkedIn is not an artists’ platform, so rather than the imagery, it’s the message and the process that people take on board. A vehicle for my photography, my blog had minimal words but I was nonetheless endorsed for blogging, journalism and editorial far more than my photography. People voted honestly for what they saw, but since that was framed by their own experiences, the spread of endorsements didn’t – and couldn’t – accurately represent my work.

The majority of people don’t – and never will – see me running large projects or coordinating new developments. They don’t see me training and mentoring others. They don’t see me in the NUJ Photographers Council, the British Photographers Council or on the board of Mana Aroha. Votes from those with whom I interact in these areas will always be outnumbered by those who respond to my blog or to the cuttings I post. This skews the picture provided by my endorsements.

If LinkedIn’s endorsement options do not provide an accurate picture of my abilities the same is true for others.

RS [marketing]: “I have found that people outside journalism value it [LinkedIn] a lot more.”

CB [IT]: “I think they’re a bit of a farce. In my technical profession I’ll admit it probably aids recruiters as they can match up the buzzwords. CRM, MVC, ASP, PHP, OOP, MVVM are all relevant to my career.

If one stays in a job or a series of permanent jobs for a significant period the endorsements they receive are likely to be more representative, providing the person’s role don’t bring him or her into contact with large members of the public or with stakeholders with vested interests.

RL [Consultancy]: “what it does show is that you’ve had a good enough bond with co-workers for them to be supportive of you. That can say a lot”

JC [legal]: “I have been contacted for potential positions based on the endorsements given by persons of certain positions”

TM [IT security for finance]: “In IT the skill endorsements are a bit random but may confirm the areas the person has tended to work in, or perhaps areas they haven’t. This depends on the profile and number of connections. Who is giving the endorsement is also of interest. The written endorsements are different [………]. As always with feedback, where it has been tied to specific events, actions, or skills, that can be useful, particularly if the person giving the endorsement is someone with a good reputation in your area. Usually, work history and similar are of more value. But I wouldn’t say endorsements were completely without value.”

It is indisputable that the opinion of someone you respect and who you know does not award endorsements lightly counts. However, is the investigation of who has endorsed people I am considering hiring worth the time I would need to spend looking? I had considered endorsements totally valueless in the past, should I wary for those in media who are likely to have far too many contacts to easily sift through?

The number of endorsements is still worth considering irrespective of the sector. Communications, developing a good bond with colleagues or co-workers, teamwork and just leaving a project in a professional manner are important for anyone looking to hire. If a person has significantly more endorsements than others in similar lines of work surely indicate a deeper understanding of the system which itself is a useful trait.

LS; “I’ve been endorsed for things that my friends think are funny and that are in no way relevant to my work. However, I’d always look on LinkedIn when working with new clients or staff because you can see their background and relevant experience.”

That is because attracting and maintaining engagement with a large number of contacts is part of the work of many in media. Wide ranging networks are crucial to the efficient and timely completion of many journalists’ work. It’s important to have fast, efficient access to fully engaged people who will read a press release, volunteer stories and respond to requests for quotes. Provided such contacts have not been aquired fraudulently the method of initial engagement is far less important than the maintenance of the subsequent relationships.

Those with stories will try to attract such peoples’ attention, those who enjoy giviing feedback  will find ways to show that they’re valued. Those who have written stories will find ways to share them. Friends see what’s going on and add their own little games, and readers and followers project their own world views on to the people whose work they enjoy. Those who want to be noticed – whatever the reason – will always find ways. So even those whose motives are in accord with LinkedIn’s original ‘endorsement designers’ concepts, they are likely to have a skewed perspective of a person and endorse according to that view. That means that while I can’t rely on endorsements to obtain an idea of the strengths and weaknesses of a profile or even the spread of skills, the number of endorsements that a person may be worth considering depending on their sector.

BC; “To be honest, I think LinkedIn isn’t what it used to be, from endorsements to plain and simply lack of professionalism in some of the groups, the photographs people use for their profiles and more.” 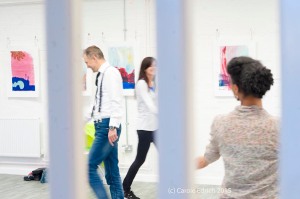 Why gaming can be good

KT [journalist]: “ I had no idea that it was a way to work up the LinkedIn ladder (had no idea such a thing existed, in fact). The funny thing is I was on LinkedIn very early on, but after all these years still don’t know the point!”

TK [digital marketing for charity]: “If people have abnormally few or abnormally many my radar is alerted. Clearly it’s a gameable system, but does anybody care enough to bother? Except sales people”

The world changes, internet communities and facilities are developing at an exponential rate as we become increasingly connected to each other. While the influence of individuals will always matter, whether a large number of endorsements matter or not depends entirely on the type of person you’re looking to hire. Providing it was done honestly, the fact that someone might have gamed endorsements may even be an attractive trait.

It’s not just that a large number of endorsements show clearly that one can get active engagement in a community as conservative as LinkedIn. It’s not that the individual has worked out that they’ll rate higher in LinkedIn searches if they do. What is useful is that that doing so demonstrates the skills and levels of pragmatic flexibility that are critical to many media facing roles.

Someone with a large number of endorsements has clearly demonstrated they know how to increase their own signal to noise (presumably with minimal effort), can probably detect when others do the same and understand the currents of online dynamics that others might struggle to comprehend. This would be useful not just in PR and media posts, but for programme management of the sort that requires awareness of how external stakeholders behave online, festival management, crowd funding and more.

LX [academia]: “LinkedIn suffers from the same “gaming” as any other social media service. If you sign up for free, you can be assured that you, yourself, are the product being sold to entities who are paying for access. And if money is changing hands at all, you can be assured that there will be a steadily growing number of fake accounts exploiting holes in the model, to be abated only by extra efforts on behalf of the service itself to prune those trying to twist the service entirely to their own advantage.”

There you have it. Large numbers of endorsements can be good, whether they’re gamed or not.

I wish I had the time to game my own!

← She raised one leg
Hand in hand, on the edge of the sand →