German Kral on ‘Our Last Tango’ 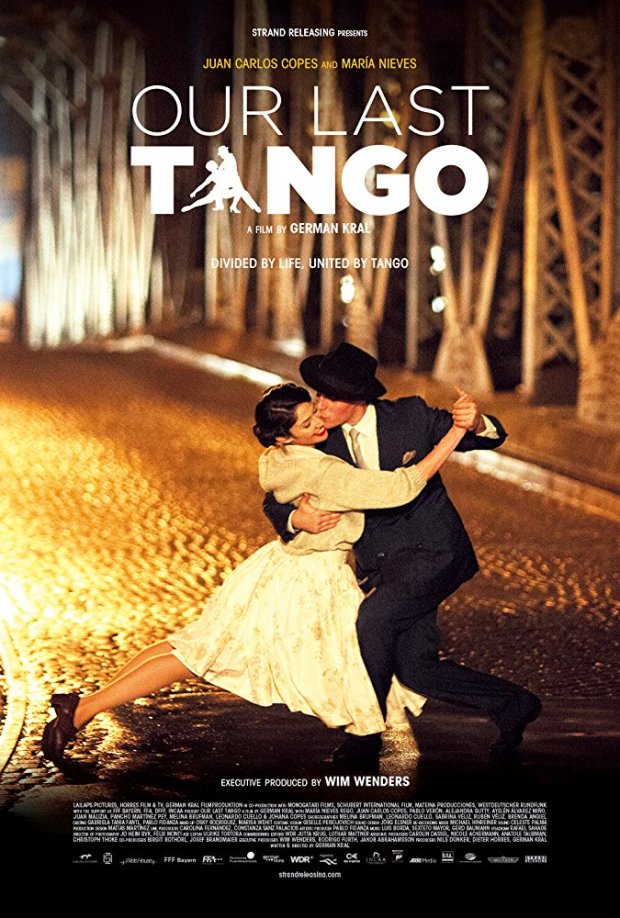 Translated as ‘Our Last Tango’, UN TANGO MÁS (see below) has already been released in other countries, and will be released throughout the UK on September 22nd. Ms Hedgehog has reviewed the film at the level that those who want to really understand what they might see would like at http://mshedgehog.blogspot.co.uk/2017/09/un-tango-mas-film-review.html so I thought I would add value with a short interview with director German Kral.

CE. What stimulated the original idea for the film?

The idea to make my film started after I saw Pina 3D, a film by Wim Wenders about the German choreographer Pina Bausch.

Every time I go to Buenos Aires I would go to the Milongas, the place where people dance tango – a type of dance hall. I loved to see these old people who are maybe over 80 and they are still dancing together. You see this beauty when they dance and you see the beauty of their clothes and you see that they have so much grace in their movements. So I thought it would be a good idea to make a 3D film about these old milongueros.

When I started researching the film I realized I needed good characters in order to make the film. I found good milongueros but they didn’t have any really good stories, I mean strong stories that could be used to make their lives into a film.

Of course I knew Maria Nieves and Juan Carlos Copes, who are the most famous tango dancers of all time. But I thought I shouldn’t approach them because they are so famous. It is difficult to make a film about famous people because they don’t usually allow you too much access and that’s something very important when you are making a film about a person, you need to become close to them. So i just didn’t think about approaching them, but then when I noticed that I hadn’t found the right characters, I thought I would try and so I approached Maria.

I met Maria one day at 3 o’clock in the morning after she was smoking a cigarette outside a milonga and she told me “okay the idea sounds interesting come next week to my house”. So i went to her house with Pablo Fidanza, my artistic producer, and she was there with her agent and 30 seconds after I sat on her couch I knew that Maria had to be in the film. I didn’t know how to put her into this story of different milongueros but I knew she had to be part of the film. A couple of days later I read a book by Juan Carlos Copes which is called Quien Me Quita Lo Bailado (No One Can Take Away All That I´ve Danced). In this book you could read about their story: their life story and their passionate love story. When I read this book I knew that the film had to be about Maria and Juan and that they had to be the protagonists and that their love story had to be the core of the film.

CE. Why did you decide on the English translation of ‘our last tango’ instead of the direct translation?

When I started to work on the project the working title of the project from the very beginning was Our Last Tango. Meaning that Maria and Juan could dance their last tango on screen. But I felt that I couldn’t approach Maria and Juan with this working title Our Last Tango which was somehow very sad. Therefore, for Argentina we used the title Un Tango Mas meaning One More Tango and which seemed a more open ended title than Our Last Tango. But for the other countries we used Our Last Tango and I feel it was a very strong title, meaning that something could end. To me it sounded to me very poetic.

Also, when I think about Wings of Desire, a wonderful film by Wim Wenders, it was known as Wings of Desire around the world, but in German it was called the Sky Above Berlin. Sometimes a film can have two titles depending on the audience.

CE. Do you dance tango? If so what style? (close embrace etc)

I couldn’t say that I dance tango, I have been learning for the past few years. I started to learn to dance tango as I had a project of people learning to dance tango in Bavaria. That was a fiction film that sadly never got made but instead of this film I did make Our Last Tango. Which somehow started while I myself was starting to learn tango and I could appreciate the beauty of this dance. But I could never suggest that I can really dance tango, but I do like to learn it.

CE. How long from initial idea to first release?

We spent 4 years from the initial idea until we saw the film for the
first time finished on the screen. Those were a very difficult 4 years, really difficult, and sometimes I thought that was the end, that were unable to go any further and that also that was the end of my career.

To make the film was incredibly difficult from all points of view, but sometimes what is difficult or sometimes these difficulties are important in order to get to some kind of depth and to make something that can reach something of beauty and of truth.

Sometimes when things are too easy you stay on the surface and don’t go deep enough. So in a strange way I’m happy that it too us 4 years to make our film.

CE. Are you planning any other dance related films?

I´ve been working for many years now on a fiction project which is called Adios Buenos Aires (Goodbye Buenos Aires), which is not related to dance but is related to tango again.

It is the story of a bandoneon (Argentine accordion) player who wanted to leave Buenos Aires with his family at the end of 2001, which was when Argentina had one of its biggest economic crises ever. It is the story of this bandoneon player who wants to leave the country and sells the shoe shop that he inherited from his father, and puts the money in the bank ,and from one day to the next the Argentine government freezes all bank accounts so he cannot get the money out of his own bank account. Which was something which really happened. It’s a kind of social comedy in the tradition of films which I love like The Full Monty or Brassed Off. I hope that the gods of the filmmakers will be with us with this project again and let us get it done.

“Written and directed by German Kral (The Last Applause, Música Cubana), OUR LAST TANGO tells the life and love story of Argentina’s most celebrated tango dancers Maria Nieves Rego and Juan Carlos Copes. They met as teenagers and danced together for nearly fifty years, becoming international stars and making the Argentine tango famous around the world before a painful separation tore them apart. In German Kral´s documentary the virtuosos reunite to open up about their journey, recreating incredible tango-choreographies with the help of a group of young dancers from Buenos Aires including acclaimed dancer Pablo Verón (The Tango Lesson).”

I hope to share more about this film and the process behind it when the new non-profit launches.