12 Challenging Facts We Must Live With 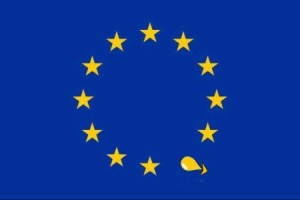 1. Nobody trusts people who piss off their neighbours.


2. When told they have to drop half of what makes their identity, people are likely to drop the half that has hurt them, even if that means leaving where they were born.


3. When they hear that the people of a country have made a decision to leave an economic block to limit immigration, those who have made that country their home and are providing vital services (nurses and such like) will feel unwanted and are likely to leave.


4. The value of a country’s currency is important even within the country for a number of reasons. One is that everything imported becomes much more expensive when the currency value drops. This makes the cost of living go up.


7. Currency and country ratings also go down when the government threatens to break its word in international treaties. That includes threatening not to pay money to which it is already committed, ignoring agreements about how much it is and threatening to throw people out of homes they have been living in legally.


9. People who have in the past flocked to and enjoyed living in a country, and people who have lived in that country from birth and have important jobs in public and private sector are likely to leave if they see that the general environment will deteriorate. This is because they care about the environment in which they live. If currency value trends indicate the real value of their earnings will drop they will leave sooner. These people include scientists, doctors, nurses, decision makers, managers, teachers and more.


10. Countries don’t choose the immigrants they let in, whether they are doctors, teachers, scientists, nurses or others. The immigrants themselves choose the country they want to live in. Cancelling the legal basis on which they live in their homes while giving nothing in return does not encourage them to stay and it does not encourage new people to choose to enter the country. When this behaviour gives more power to people who spit at them in the street it doesn’t matter to them that such things weren’t intended. They go.


11. When a country gets rid of the rights of its own people to work, trade freely without discrimination or interference or questioning, reside and retire in the whole of a trading block or geographic area, the only way they’ll stay quiet about it is if they’re planning to leave too.


12. Nobody can cross the same river twice. When deciding whether or not to remove a country from an economic block it is advisable to think more about the long-term repercussions than whether the country should have joined the economic block in the first place.