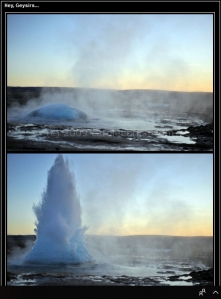 How do you stop friends, family and acquaintances treating you as a victim when all your hair has fallen out, even though chemo is over? I decided not to give them the opportunity at all. By travelling as much as possible until eyebrows and hair were growing back I avoided the challenge entirely.  The oncologist said my immune system would be back and running 4 weeks after the end of chemo. I figured he would have a little contingency time, so when I got press trip and commission to leave London two weeks earlier I went, and since I caught nothing from the trip at all I was either very lucky or right.

The first press trip to come up was a wonderful two-centre trip with IcelandAir with a trip from London to Seattle via Iceland. I got Iceland into Real Travel (before they ‘went bust’ and the collective took them over) and Seattle somewhere else, and then took AMTRAK from Seattle to Vancouver to see a moblog friend, Whistler and a little more.

I overestimated the energy I’d have (I still do 10 years later) so didn’t manage as much as I had planned. But hey, I managed. Iceland is a fascinating place and I met some wonderful people. One day I’ll go back to see how it’s different in the summer. 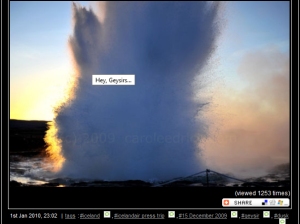 This post is lifted from my old moblog where it was published with other images on 1st January, 2010. More than a photoblog, moblog is a wonderful community where I made lasting international friends, some of whom I’ve visited and many more of whom are as important in my life today as those I meet regularly in meatspace. More authentic, more ethical and sadly less well funded, I’ve been missing it increasingly as we discover the perfidy of Facebook and the brave new Social world. Contact me if you’d like to know more, because I’d really like to find a way to make moblog great again and extend it to anyone else who wants to share their images in a place of mutual support, community and data safety.